Many drugs currently used are covalent inhibitors and irreversibly inhibit their targets. Most of these were discovered through serendipity. Covalent inhibitions can have many advantages from a pharmacokinetic perspective. However, until recently most organisations have shied away from covalent compound design due to fears of non-specific inhibition of off-target proteins leading to toxicity risks. However, there has been a renewed interest in covalent modifiers as potential drugs, as it possible to get highly selective compounds. It is therefore important to know how reactive a warhead is and to be able to select the least reactive warhead possible to avoid toxicity. A robust NMR based assay was developed and used to measure the reactivity of a variety of covalent warheads against serine and cysteine - the two most common targets for covalent drugs. A selection of these warheads also had their reactivity measured against threonine, tyrosine, lysine, histidine and arginine to better understand our ability to target non-traditional residues. The reactivity was also measured at various pHs to assess what effect the environment in the active site would have on these reactions. The reactivity of a covalent modifier was found to be very dependent on the residue. 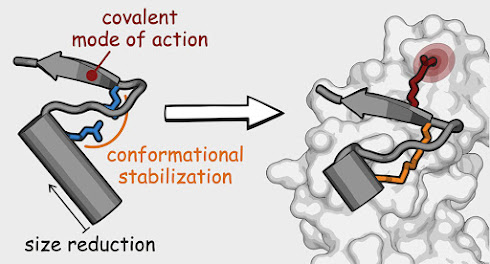